Over 10 years we help companies reach their financial and branding goals. Engitech is a values-driven technology agency dedicated. 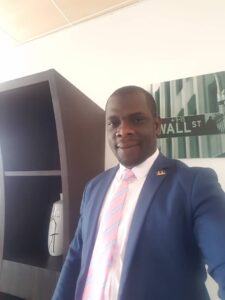 experience in telecommunications systems, and their application to oil and gas exploration and production. Mr. is Chief Operating Officer of S.S.I.I.A.C.E International Systems that provides systems integrations of products, which include VSAT, Voice Over IP, Wireless, IP Security Systems, Networks, and related technologies.

Mr. has managed telecommunications projects in over 60 Countries ranging from single VSAT systems to large teleport operations, to Global Enterprise networks. His expertise is in design, operations, management and licensing of terrestrial and satellite based telecommunications. In 2003 Consulting merged with S.S.I.I.A.C.E communications to provide the best of breed satellite and information technology solutions to the customers. As Chief Operating Officer Mr. is responsible for operations of the S.S.I.I.A.C.E TDMA VSAT network as well as Ground operations personnel. With an in depth knowledge based upon years of experience in Africa, middle-east and Europe Mr. provides hands on knowledge of the remote work environment and practical experience in maintaining remote systems at a high state of performance.

As Director of Network Services at GRC international, Mr. was responsible for terrestrial network designs and optimizations and managed the development of automated network measurement and test and monitoring software. As Director of Implementation and satellite programs for Loral Orion, Mr. built a network of ground operations personnel capable of installing and maintaining VSATs throughout Eastern Europe. This team installed and maintained over 250 VSAT systems throughout the former CIS countries.

At the Voice of America Mr. was responsible for satellite services and microwave systems at VOA HF relay stations worldwide. His responsibilities included commercial agreements with suppliers as well as managing all regulatory, licensing and host nation agreements with the foreign governments. Significant accomplishments include significant reductions in the US governments operating costs while increasing data rates to VOA locations around the world.

Mr. started his career at Exxon Company USA. In a variety of jobs in the refining, production and exploration departments Mr. installed and operated SCADA systems, Control and monitoring systems and communications systems, through out the Exxon system of oil field and refineries.

A 1979 graduate of Howard University, Mr. holds a Bachelor of Science Degrees in Electrical Engineering. He is married and has three sons.